How Often Should You Wash Your Beard For Perfection? 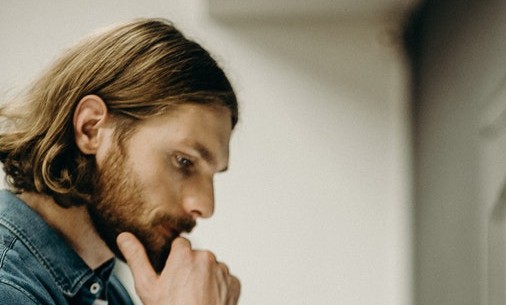 Beard hygiene. It isn’t fun. It isn’t glamorous. But boy is it important. It comes naturally to some men more than others, but there’s nothing that can’t be taught. An unexciting yet important question that’s often asked is how often should you wash your beard?

A beard should be rinsed with water at least once a day. This practice is easily integrated into a normal daily grooming routine and is usually good enough to remove significant debris and odors. But a beard should only be shampooed on average around twice a week at a maximum. Shampooing too often risks drying out the beard and the underlying skin.

It can sound strange to people at first; cleaning too much? Surely there’s no such thing. But it’s true – shampooing too often can do more harm than good.

However, as always, every beard is different. Some beards may require shampooing a little more, and some a little less.

It’s important to mention right from the outset that when I refer to “shampoo”, I specifically mean beard shampoo and not head shampoo. I actually don’t recommend using head shampoo on beards at all. But I’ll go on to that a little later on.

In fact, I think this is all worth discussing in a little more detail.

How Often Most Men Wash Their Beard

It’s important to differentiate between simply rinsing with water, and shampooing.

Most men rinse their beard out with water daily. This is a basic hygiene habit that isn’t hard to follow.

There’s really no excuse not to do it.

But when it comes to shampooing, it’s a little more complicated than that. A lot of men stick to twice a week. It’s an easy number to stick to that doesn’t require a whole lot of commitment.

More importantly, it’s also not often enough to cause significant drying out of the skin.

Going into this in a little more detail, beard shampoo is considered “gentle” overall. It usually consists of natural, botanical ingredients that are kind to the skin and don’t cause too much trouble.

In contrast, hair shampoo is generally “harsher” and contains some chemicals that you would never find in a beard shampoo.

The reason for this is that facial skin is a lot more sensitive than the scalp. It wouldn’t be able to tolerate head shampoo without becoming very dry and very irritated.

The scalp also produces a lot more oil than the face, and so head shampoo needs to be stronger to clear out the excess.

Never use head shampoo on your beard. And if you wanted to stick to the average number of times a man washes his beard, twice a week would be a safe bet.

Reasons You May Need To Shampoo More Or Less Than Average

Three main reasons may lead you to shampoo your beard more or less than the average of twice a week.

You may need to shampoo three times a week – but I’d strongly advise against doing it any more than this. On the other hand, you may only need to do it once a week or less.

These three reasons will guide you.

Some men are oilier than others and there isn’t anything that can be done about that.

It’s to do with the number and activity of sebaceous glands in their skin. These are the glands that produce natural sebum oil. It’s essential in small quantities for protecting the skin barrier.

But in large quantities, it can cause the beard to look greasy and patchy. It can also clog the pores and cause breakouts.

So if you’re a particularly oily man, you may notice your beard starting to look greasy sooner than most men. This is despite your daily rinse with water.

If this is the case you may need to wash your beard three times a week instead of two.

In contrast, if you’re not very oily at all and suffer from dry skin, you’ll want to shampoo less. You’ll be more sensitive to its effects and will end up with even drier and more irritated skin.

It’s important to not rob the skin of the small amount of oil it produces.

2. Exposure to fumes and odors

Some men are frequently exposed to strong fumes, gases, and odors. You may work in a factory or a restaurant for example.

Unlike head hair, beard hair is incredibly close to the nose. Because of this, we’re particularly sensitive to any smells that may have become infused into it over the course of the day.

But it’s often friends and family that inform us of just how offensive it is to their nostrils.

As these odors join forces and consolidate within the beard, they can become quite difficult to tolerate.

You may, therefore, have to increase your frequency of beard shampooing to try and tackle this.

Again, going beyond three times a week is usually a bad idea. Just thought I’d mention it once more to really hit it home.

You may have noticed the huge number of beard grooming products available on the market today.

It can be quite overwhelming. But one important way in which they differ is the level of hold they produce.

For example, waxes provide a pretty strong hold and are great for styling for this very reason. However, because of this, it can also be quite hard to wash out.

Beard oil, on the other hand, feels incredibly light on the beard and isn’t hard to wash out. But then again, it isn’t a styling product.

The point I’m getting at here is that if you use particularly “heavy” grooming products in your beard, you may well have to shampoo more frequently.

Rinsing with water may not be able to wash out that product well enough.

Sure, if you massage lukewarm water into a waxed beard well it may be able to loosen things up. It’ll unclump and untangle some beard hair and will do a pretty good job of it.

But ultimately, it won’t be good enough to wipe off the discrete layers of wax residue on top of and in between the hair shafts.

As it accumulates, this can become visible and add to the greasiness of the beard over time.

You’ll need to get the beard shampoo out more often than average. Unless you want to try switching to a lighter grooming product for a while. Or maybe just start using the heavier styling products only on special occasions. I’ll leave that decision with you.

Do You Really Need To Use Beard Shampoo At All?

This is an interesting question. Many bearded men around the world get by without using beard shampoo whatsoever.

Sure, with this current trend in growing beards, shampooing has increased in popularity proportionately.

But it wasn’t always so mainstream. Men have been growing and grooming phenomenal beards without it for millennia.

Simply rinsing the beard with water only daily can serve some men very well. It can provide enough cleansing to rid the beard of dirt, dead skin cells, and excess oil.

But it does this while leaving enough natural sebum to keep the beard looking healthy and well-moisturized.

Plus, it’s an additional cost you need to think about. Over time, the cost of buying beard shampoo in addition to head shampoo regularly can add up.

But can every man get away with just using water and nothing else? Probably not.

Going back to the three factors I outlined above, if you’re particularly oily, or regularly exposed to strong odors, or you use heavy grooming products, chances are you’ll need to shampoo.

If you aren’t sure, a trial is probably worth doing. Set the beard shampoo aside for a few weeks and see if you notice a significant difference. There’s a fair chance you won’t and may be pleasantly surprised.

Knowing how often to wash your beard is a core foundation of your beard’s health and hygiene.

Keeping a clean beard is important for its looks, texture, and scent. That’s three out of five senses right there.

Whether you choose to use beard shampoo or not is a decision you’ll have to make yourself, potentially after a period of experimentation.

Many can do without it. Test it to see whether you’re one of them. Hopefully, this article will serve as a guide you can use during your decision-making process. 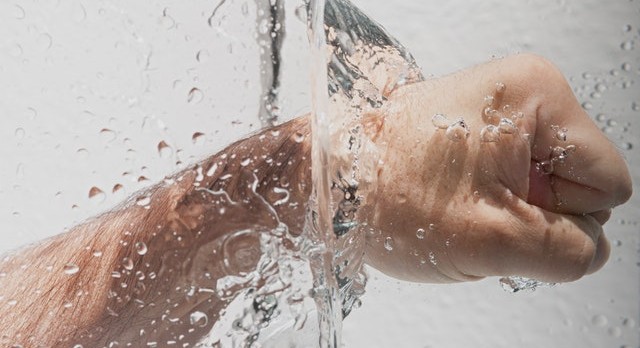 How To Remove Beard Dye From Your Beard Like A Pro
Read Next Post →
Comments are closed.

Hi, I’m Dilshan. A men’s grooming obsessive and serial blogger. I created this blog to serve as a no-holds-barred resource for men looking for answers to important fashion, lifestyle and grooming questions they’ve struggled to find elsewhere.

readysleek.com is a participant in the Amazon Services LLC Associates Program, an affiliate advertising program designed to provide a means for sites to earn advertising fees by advertising and linking to Amazon.com